January 21, the day after the presidential inauguration, was the date of the Women’s March on Washington. This successful event was attended by an estimated half a million participants (or more), and at least 4.8 million worldwide at 408 marches in the U.S. and 168 in 81 other countries. (There is of course a wikipedia article already which uses these figures). Our Maxine attended the march in Washington: 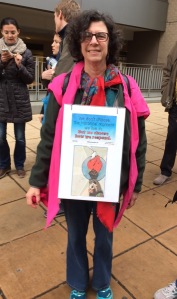 And a grand total of 4 of us attended the march in Trenton (where there were at least 7,000 marchers!). Some photos of the march below: 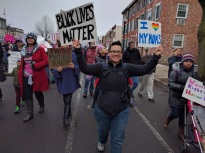 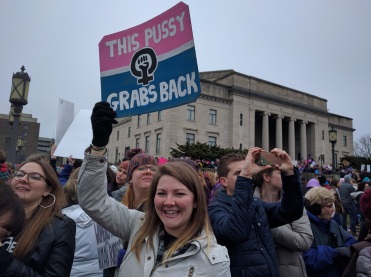 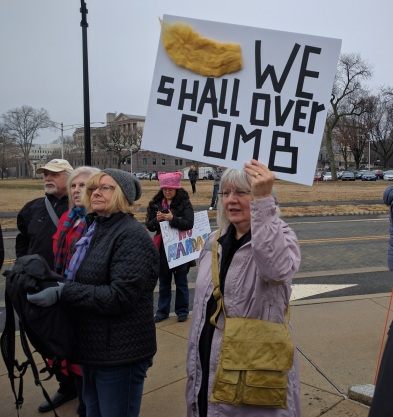 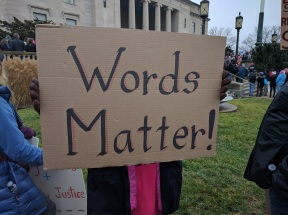 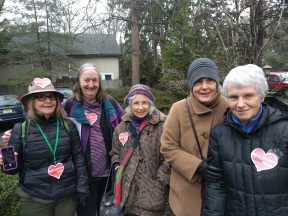